Alberta is serviced by four major export lines. These pipelines provide the bulk of export capacity leaving the province (Figure 8.2). 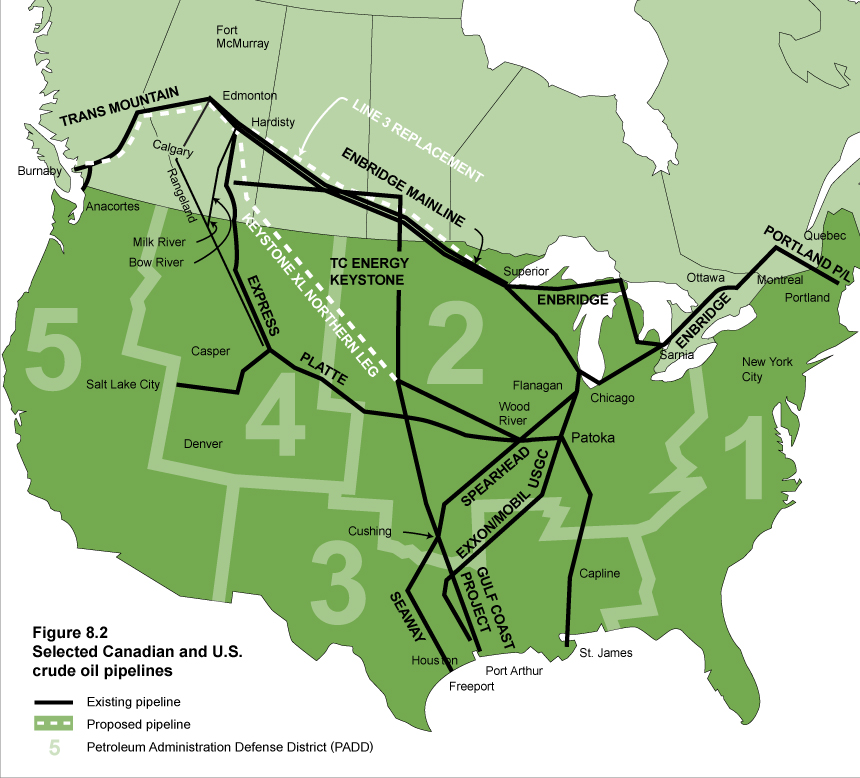 Alberta also has a number of intraprovincial pipelines, as listed in Table 8.1. 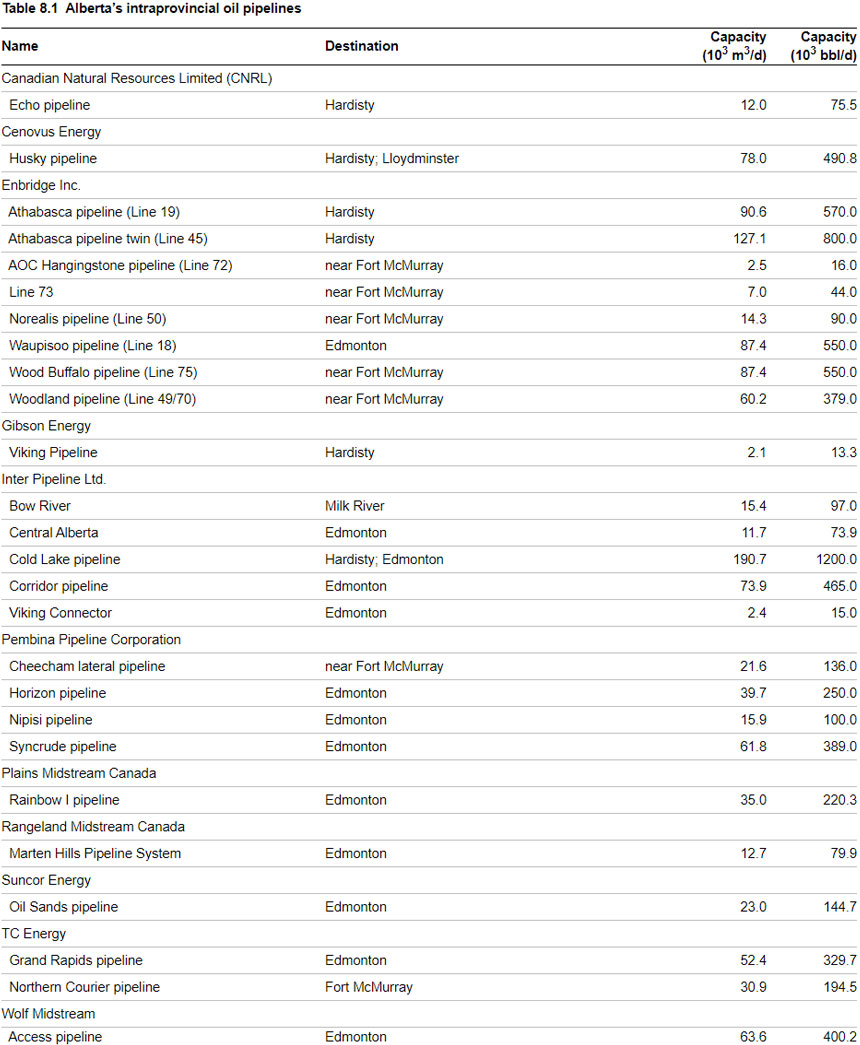 Table 8.2 lists the pipelines that remove oil from Alberta, their destinations, and their design capacities in 2020. 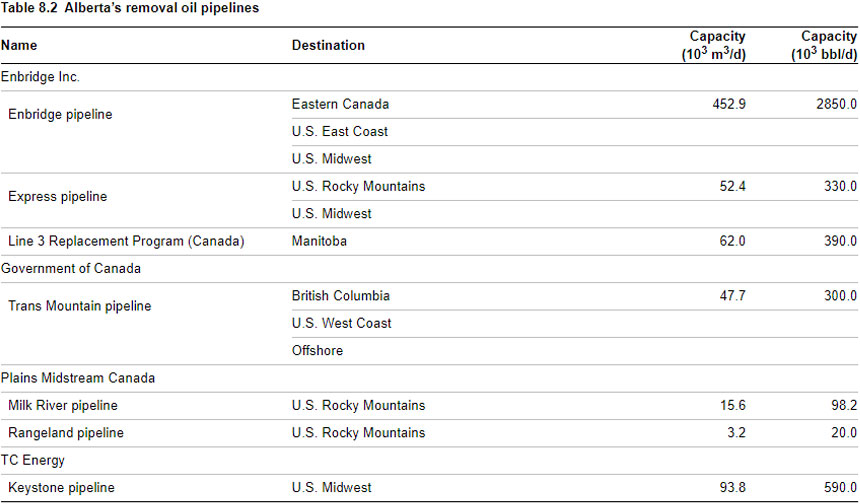 In 2020, there was an estimated 650.9 103 m3/d (4096 103 bbl/d) of pipeline export capacity for oil from the Western Canadian Sedimentary Basin (Figure 8.3). This amount does not reflect design capacity but available capacity, which is higher due to enhancement and optimization work that took place during 2020. 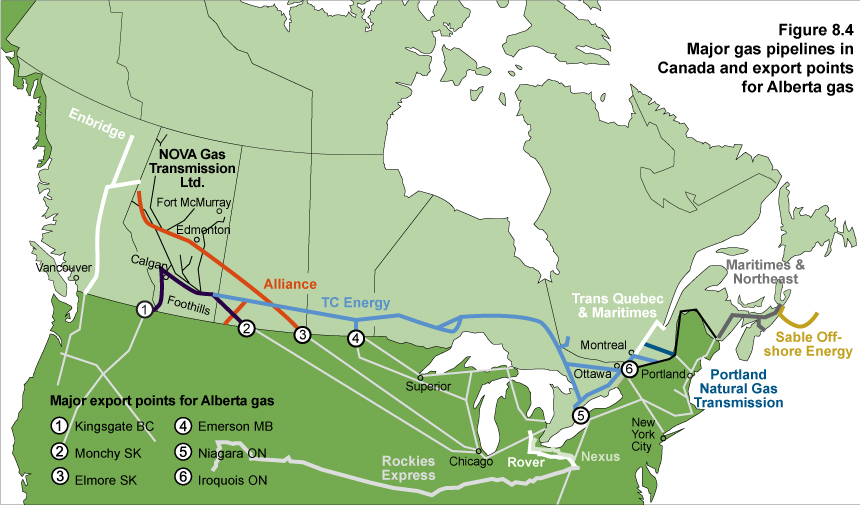 Tables 8.4 and 8.5 list Alberta’s intraprovincial pipelines and the removal and import pipelines, respectively.

Alberta has a number of pipelines that transport natural gas liquids, including ethane, butanes, and condensates. Demand for condensate has been greater than Alberta’s supply since 2004 since condensate is a common diluent for oil sands bitumen. Alberta now relies on imports of condensate to meet demand. Imports of condensate are from the United States, primarily through the Southern Lights pipeline (from Manhattan, Illinois, to Edmonton, Alberta) and Cochin pipeline (from Kankakee, Illinois, to Fort Saskatchewan, Alberta). Alberta’s diluent demand is expected to increase with growing oil sands production.

Figure 8.5 shows the ethane gathering and delivery systems in Alberta. 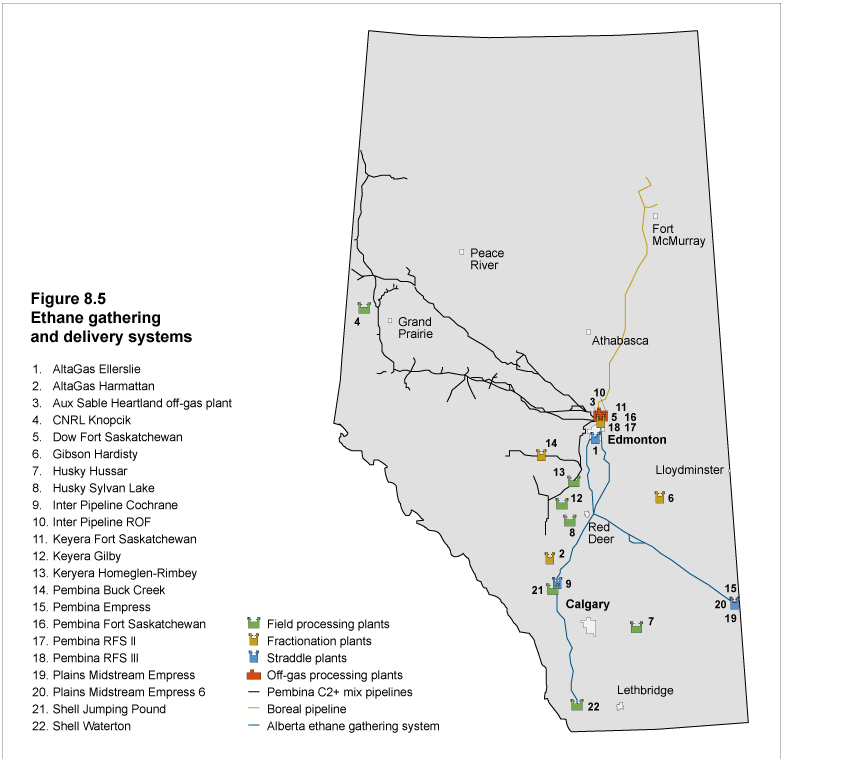 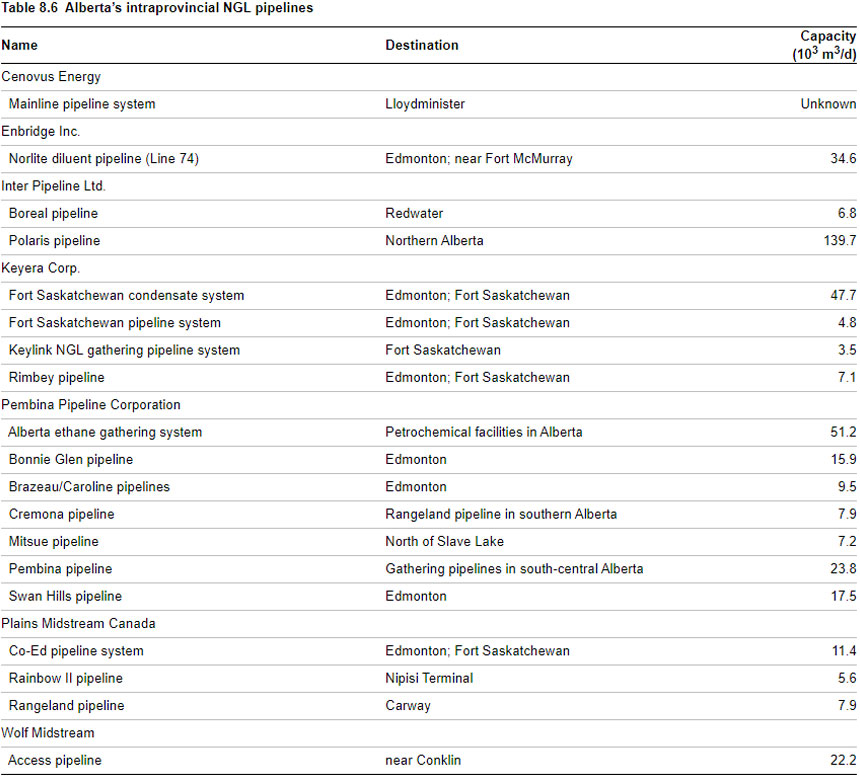