The Alberta Energy Regulator (AER) will hold a public hearing on regulatory appeals 1866028 and 1866029 at Govier Hall, 250 – 5 Street SW, Calgary, Alberta, starting on May 3, 2017, at 9:00 a.m. The hearing will also be webcast at www.meetview.com/aer. This webcast will only be available when the hearing is in progress. It will not be an official record of the proceeding.

The AER issued a notice of hearing for proceeding 347 on December 16, 2016, and received a request to participate in response to that notice. All parties must be present to register at the start of the hearing.

On July 7, 2016, the AER issued an environmental protection order (the order) under sections 113 and 241 of the Environmental Protection and Enhancement Act. The order requires Husky and Gibson to take certain steps to control and contain the release of substances listed in the order and to implement an AER-approved remediation action plan.

On July 14 and July 28, 2016, the AER received requests for regulatory appeal of the AER’s decision to issue the order from Husky and Gibson, respectively, under the Responsible Energy Development Act, Part 2, Division 3, and the Alberta Energy Regulator Rules of Practice, Part 3. Â

The AER’s decision to set the matter down for a hearing was issued on October 12, 2016. The purpose of the hearing is to determine whether the AER should confirm, vary, suspend, or revoke its decision to issue the order. 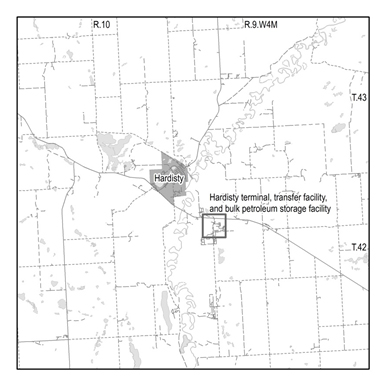