Figure R2.2 shows the extent of the Duvernay Formation in Alberta and the location of the Fox Creek and Innisfail plays, the two geological plays that comprise this formation. 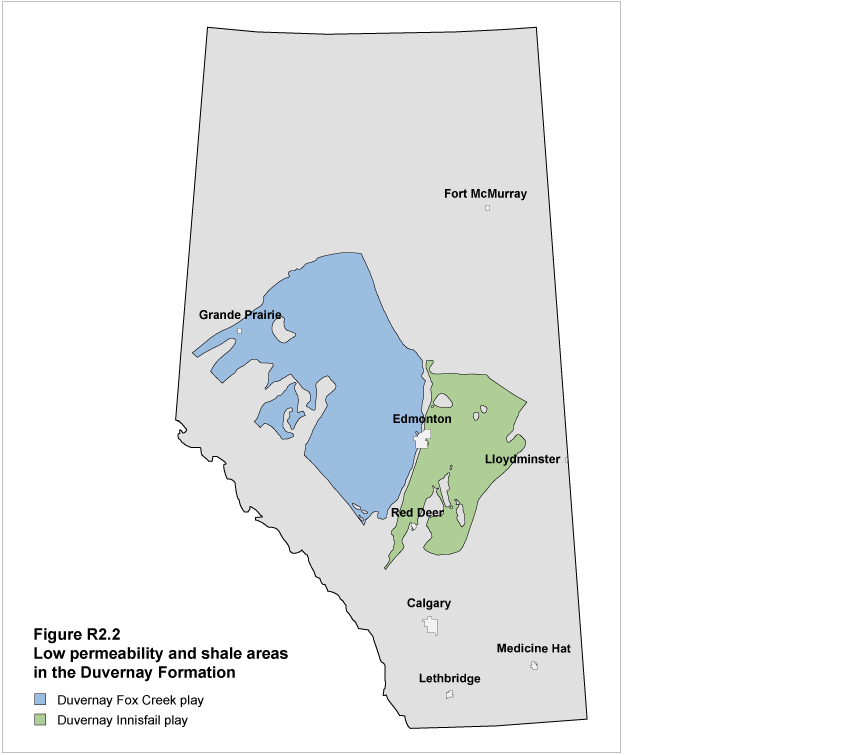 The Duvernay Formation is found over most of central Alberta and was deposited during the Upper Devonian Period over 372 million years ago. The Duvernay Formation sediments were deposited in a marine basin on the bottom of the seafloor surrounding the coexisting Leduc Formation reefs. The lithology of the Duvernay Formation includes shale and limestone, with a higher proportion of shale in the northwest and a higher proportion of limestone in the southeast. The formation is 1 to 105 metres (m) thick across the depositional extent and ranges in depth from about 850 m in the northeast to 5400 m in the southwest as measured from the ground surface to the formation top.

The estimated total remaining proved plus probable reserves are

Reserves are evaluated for both geological plays.

Table R2.2 shows the initial and remaining reserves for the shale resource areas in the Duvernay Formation.